The day was a debacle from the get-go. You can see from Sherry’s blog, that last night (Thursday) was a tough, short-sleep night, regularly interrupted. But it got worse.

It should have been easy. We had our tickets for the train to Milano Centrale, then the connections in Milan for our ride to Florence. But . . . it didn’t turn out exactly that way. We checked out of Balmers (the hostel) and headed to the train station at around 10 am for our 11:30 train from Interlaken to Spiez (still in Switzerland). Our connection at Spiez was a 12:05 train to Milan, and then we had about 2 hours in Milan before we boarded for Florence.  Again . . . it didn’t exactly turn out that way.

We got to the Spiez station a couple minutes early; another train headed to Bern (Switzerland) was a few minutes late. Both were boarding on the same platform, at exactly the same time, heading in opposite directions. There was such a rush and stampede of passengers, we somehow ended up on THE WRONG TRAIN. We were headed away from Italy rather than towards Milan.

By the time we got off at Bern, took another train back to Zurich, found seats on yet another train to Milan, we missed our connection. Standing in line at the Milan ticket office, the agent simply shook his head, “NO!” There was no way to get to Florence tonight.

So now it’s 9 pm, we don’t have a place to stay, Sherry and I are both completely wiped out from both lack of sleep and fresh colds. And we’re standing looking at each other just outside the train station, now having blown our first night’s reservation in Florence AND the cost of the train tickets to Florence. Side note, we bought full fare tickets to make this trip because we couldn’t use our Eurail Global Passes for this particular leg of the journey. To make maters worse, we were also going to have to blow another $200 on a room where we’d sleep for about 6 hours before getting on the 6:10am train for Florence Saturday morning.

Anyway, the story ended as well as it could have. There was a hotel directly across the street from the train station, and we stopped at the desk to see if they had any rooms for a reasonable price (most in the area were $250 – $800 for a night!). The clerk said he had one. One left. Only one. For $200, including taxes. We took it, got up at 4:45 and headed out again to keep the adventure alive! Here’s the one picture to keep me remembering Switzerland – and not the train debacles . . . 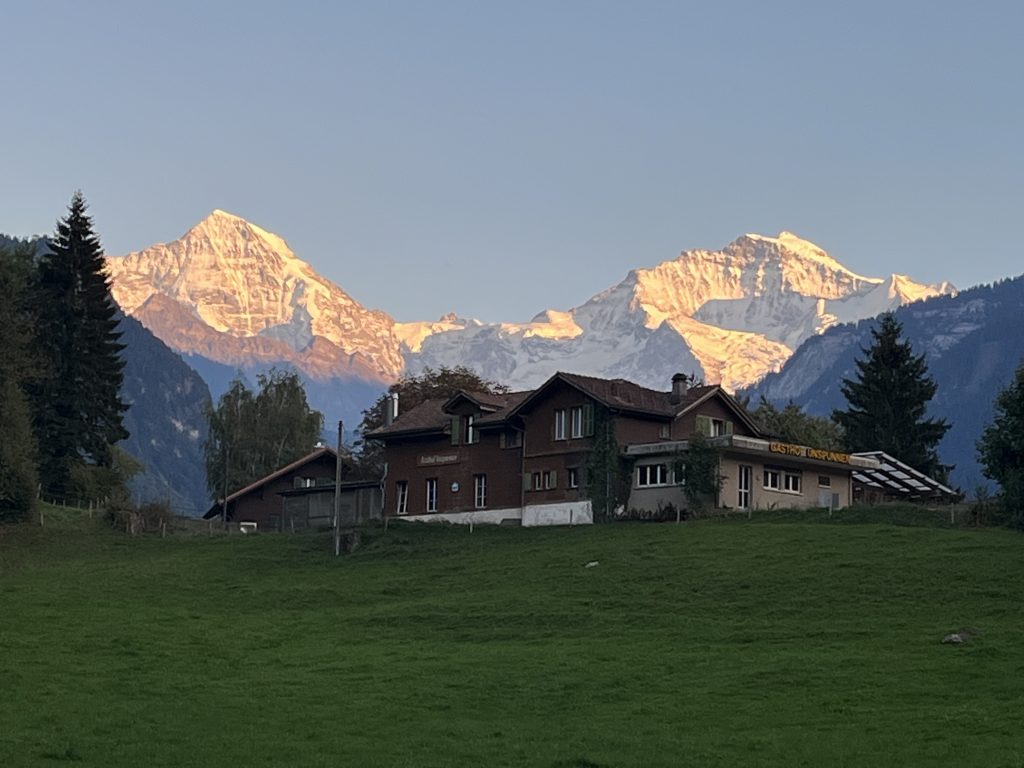